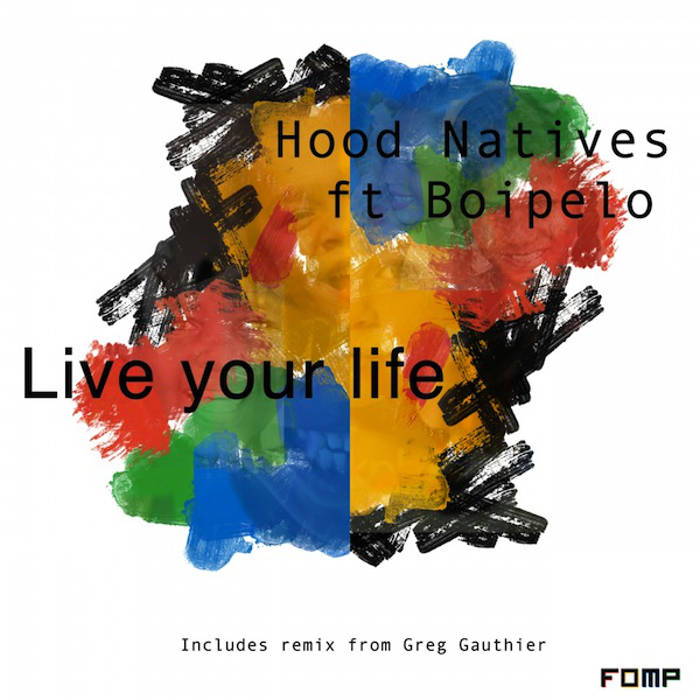 After a great 2012 FOMP are back stronger than ever with our first release of 2013. We are very proud to start the year as we mean to go on with 'Hood Natives - Live you life'. Live your life is a soulful beauty with inspirational vocals sung by the sweet voice of Bophelo. On the remix we have one of our favorite Dj/producers Mr Greg Gauthier Dance Culture Paris taking the track to a whole another level with live keys and a groovy bass in true classic Dance Culture style. As well as Greg's mix we have a remix from Hood Natives very own Dj Fale never one to disappoint coming at you in true fale SA style.

The Hood Natives were formed in 2007 by Simphiwe Nkosi (Dj Fale) and Mthokozisi Buthelezi (Mr Edge), Who were then joined by Phumlani Sokopo (Dj Sqway) and Lesego Sefako (Sir LSG) to form a Producer/DJ Crew and Music label. Since then they have gone on to number one on the YFM URBAN top 40 Dance Chart with Their song "Come with Me,ft Atom and Gcleff, and was number one on the YFM Hot 99 Dance Chart with their singles "You are the Reason" And Sax in The City, Hood Natives - Sax In the City, composed by former artist Sir LSG with German House Music Label GOGO Music. Look out for Hood Natives label coming very soon.